Nokia with the help of telecom giants BSNL and Bharti Airtel aims to bring 5G in India by signing a memorandum of understandings (MoUs) as reported by ET.

India is still lagging far behind in terms of internet connectivity with 4G taking over slowly. According to a report from Economic Times, Bharti Airtel and  Bharat Sanchar Nigam Limited have signed memoranda of understanding (MoUs) with Nokia to introduce 5G connectivity in India.For those who don’t know about MOU let me tell you MoU is a formal agreement between two or more parties. This collaboration was first spotted at the MWC in Barcelona this year where the iconic Finnish brand declared its interest in the Indian 5G market.

"With 5G India will digitize faster" 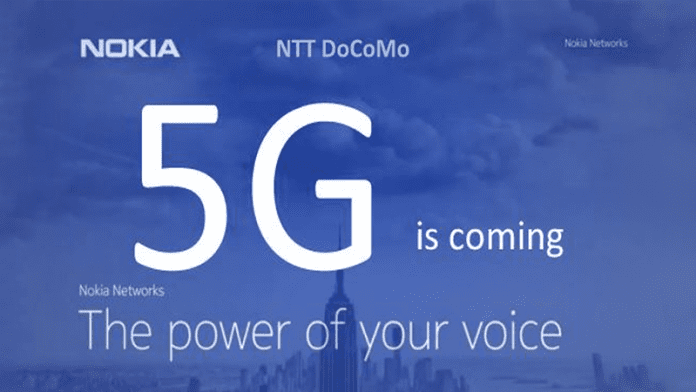 According to a report by ET, Sanjay Malik, head of India market at Nokia said, "thoughts behind these MoUs would be to introduce 5G here, and what are the steps required for the same, besides identifying applications to define the target segment, which will lead to a complete 5G strategy for telcos."Sanjay Malik also told that the content and application experiments will start around 2018 in India. Development of 5G is still in its initial phase, the global launch of 5G connectivity is said to take place around 2019-2020.

Nokia is setting up a research and development centre in Bengaluru to better understand the requirements of potential 5G stakeholders in the country. “The MoU will help BSNL draw a framework for the transition from the current network to futuristic 5G network,” BSNL Chairman Anupam Shrivastava had told PTI in February this year.

Amit Marwah, head, End-to-End Sales Solutioning, India Market at Nokia, said “5G is moving very fast, so it is important to start discovering and looking at the possibility of what spectrum exists in India and start working on it… if you look at the overall ecosystem and how 5G is developing, it is not only about 3.5 GHz or 700 MHz, but also about millimeter waves and centimeter waves and gigahertz of spectrum going forward,”

Nokia currently supplies 4G equipment for Airtel’s network in nine circles, including in Mumbai, Gujarat, West Bengal and Kerala. Samsung and Reliance Jio have partnered to bring 5G connectivity to India. 5G is expected to be launched in developed countries by 2020, and in India by 2022.

Samsung and Reliance Jio have partnered to bring 5G connectivity to India. 5G is expected to be launched in developed countries by 2020, and in India by 2022.

So What do you think about this? Comment below and let us know about it.

Tinder has its secret version and its on...

i-Phone 7 Plus retro edition by CoolWare...